Why you should embrace bacteria?

I received a very interesting article today that I would like to share with you all as it truly explains the power of these living organisms (beneficial bacteria) and why suddenly germs are looking a lot friendlier. Please take the time to read through to the end to get the full story, as it really puts things into perspective. The article is written by Jody Berger, who is an author, journalist and health coach in Denver, Colorado (USA).

WHY YOU SHOULD EMBACE BACTERIA?

For centuries, germs have gotten a bad rap. Generally vilified as carriers and causes of disease, these microscopic organisms are on the verge of a complete image makeover. Thanks to better technology, scientists can now take a closer look at the bacteria, fungi and viruses that humans inhale, eat and touch everyday. And instead of telling us to avoid or kill all these germy creatures, scientists are now advising us to take better care of them. “There’s a whole range of reasons you should care about your microbes,” said Rob Knight, a microbiologist who studies the vast array of tiny organisms called microbes that live inside the human gut, on our skin and in our mouths. “They train your immune system and they may influence your behavior,” Knight said. “They also influence your health in all kinds of subtle ways or even obvious ways we’re only just now beginning to discover.”

More of them than us

Scientists have long understood that germs cause disease. Today, researchers have a more complete view that includes the benefits of bacteria. One reason for the better picture is that they can now look inside the bugs — thanks in part to the Human Genome Project. Started in 1990 with $3 billion and a 15-year timeline, the project set out to decode a complete strand of human DNA. A full genetic blueprint, optimists believed, would give doctors a detailed list of which genes cause which diseases, so they could identify the problematic genes, turn them off and cure patients. The project was completed two years early and came in under budget ($2.7 billion) but didn’t fulfill the lofty promise of a disease-free future. It did, however, radically reduce the cost and timeline for decoding any DNA, including bacterial DNA. This allowed scientists like Knight to distinguish among the hundreds of different microscopic creatures that live with us, in us and on us. All that genetic information is collectively called the human microbiome and studying it may be vastly more complicated than studying the human body. The average human carries around a brain’s weight, roughly three pounds, of microbial life. And while there are 10 trillion human cells in the body, there are ten times that amount, or 100 trillion, microbial cells sharing the same space. And the microbial DNA, the microbiome, is more complicated still. “You have about 20,000 genes in your genome and about 2,000,000 in your bacteria,” said Knight, who directs the Center for the Microbiome at the University of California, San Diego. And of those 20,000 human genes, research shows that almost all of them — more than 99 percent — exist in all humans. In other words, on a genetic level, we’re all remarkably similar. Our bacteria, however, can be all over the map. Two people may share only 10 percent of their microbial DNA, depending on what each person eats, where he lives and who he lives with. “It’s really hard to change your genome,” Knight said, “but changing your microbes, that’s something all of us do on a daily basis and we’ll change them profoundly through the course of our lives.” By analyzing fecal samples that show the microbial community in a person’s gut, scientists have learned that each person has a unique community and that the composition of that community changes after meals, after medicines and after trips to exotic lands. “We just haven’t understood what shapes (our microbial communities), so we’re changing them at random rather than in a directed way,” Knight said, adding that learning to change them in specific and intentional ways will have exciting health benefits. 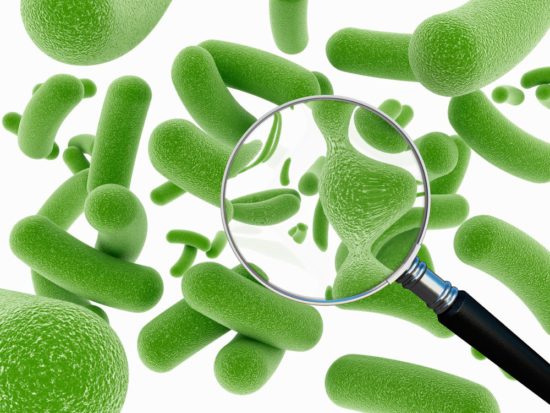 Microbes that live in the human gut are a particularly hot topic of research because these bugs help break food into nutrients that the host (the human) can use. “One of the most beneficial aspects of our gut microbiome is our microbes’ ability to digest molecules in our food that our own human bodies cannot,” said Luke Ursell, a microbial ecologist and research associate in the Knight Lab. To study gut microbes, researchers take them from humans and place them in mice that were bred and raised to be germ-free. Because the mice have no microbes of their own, researchers can see what happens when they receive the human microbes. And what they saw was more obesity. When scientists transferred microbes from obese people into these germ-free mice, the mice became fat even though there was no change in diet or amount of exercise. “In humans, it looks like there are some microbes that are associated with obesity and they tend to be more efficient energy producers,” said Kathrine Armato, a postdoctoral research associate at University of Colorado, Boulder. Like an energy-efficient car that gets more miles to the gallon, an energy-efficient microbe gets more calories out of the same plate of food than less efficient microbes. This could explain why two people eat the same meals day after day and experience very different results: one gets fat and the other stays thin. Even with the same amount of exercise, different people gain or lose weight at different rates. If their microbes cause the disparity, then microbiome studies could offer solutions to the obesity epidemic.

Do bugs do drugs?

In analyzing vast amounts of data from the gut microbiome, researchers also saw that different microbes — in addition to extracting different amounts of energy — leave different things behind when breaking down the same molecule. Some bacteria metabolize one substance in a way that produces harmless end products that the host eliminates and flushes away. Other bacteria may not be so cooperative. Encountering the same substance, a nastier type of bacteria may break it into components that harm the host. The difference may explain why some pharmaceutical products are remarkably effective for some people and scary for others. “Maybe there’s a drug that can really help a lot of people, but it’s very toxic to a small number of people,” Knight said. “If you can figure out who it’s toxic to and then kill the bacteria that make it toxic or add other bacteria that can degrade it harmlessly, which is also a possibility, you could add beneficial bacteria that would break it down in a way that produces harmless side effects.” “That,” he said, “would be a huge deal. It could rescue a lot of drugs that were taken off the market because they had really bad effects on a small number of people.” 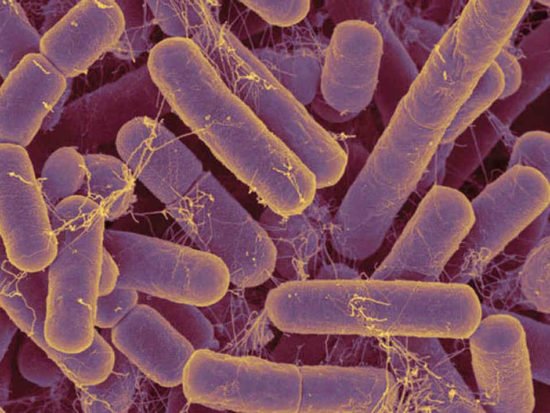 In the Knight Lab, which recently relocated to San Diego from Boulder, Colorado, researchers and robots start with fecal samples, extract the microbial DNA, sequence it and look for patterns. They compare people who eat a standard American diet with people who live in hunter/gatherer societies in Africa. They check vegetarian guts against those of omnivores and vegans. Already microbiome studies have revealed that people eating the highly processed foods of a Western diet have less microbial diversity than members of more isolated, indigenous communities, like the Hazda tribe in Africa. And similar to the way we understand biodiversity in a rainforest, less diversity is thought to be a less resilient community. “If you’ve got a lot of different types of organisms living in community, they’re probably using all the resources to the maximum extent and there’s probably less room for something new to come in, which would make that community resistant to invasion,” Armato said. “You can think about that like pathogens in the gut. Higher diversity may be more protective because there’s just not room for anything else.” Microbial diversity also tends to drop after a round of antibiotics. Neither Armato nor Knight sees this as a reason to avoid all antibiotics. If a person has strep throat or other bacterial infections, both biologists say take the medicine. For colds and flus, which are viruses and not bacterial infections, antibiotics will have no impact, so taking the drug alters the gut microbial community, making it less resilient, for no reason. So what can a person do to maintain a healthy, diverse microbial community? Because this field of research is relatively new and there are millions of strains of microbial DNA to study, the microbiome hasn’t revealed definitively what everyone should eat or absolutely avoid. It’s unlikely that there is one diet that is best for everybody. Still, Knight said the research confirms what doctors and mothers have been saying for some time. “You should eat a lot more brightly colored fruits and vegetables. You should eat more fiber. You should eat fewer Twinkies and fries,” he said. “We knew all that stuff before anyone knew anything about the microbiome, right? What the microbiome has provided so far is a lot of explanations for things that frankly we knew already but we didn’t necessarily know why.” As research continues, the bacteria will contribute new ideas and new questions. Knight and his colleagues expect that microbiome research will also provide concrete answers. They see potential for a new type of GPS, a germ positioning system of sorts, where a person can learn the current state of their microbial community, compare it to an optimal example and get step-by-step instructions to move towards better health. Suddenly, germs are looking a lot friendlier.

Jody Berger is an author, journalist and health coach in Denver, Colorado. To see more of her work, go to jody-berger.com or visit her on twitter: @jodyberger

Click here to visit our product page for more information.