Probiotics for Children with ADHD & Autism

We present you with an article outlining how probiotics just might reduce the risk of serious life-long issues like autism and ADHD. The following was posted on mom.me – a blog centering around parenting and healthy families. What if your child’s temperament—aggression, shyness and moodiness—has less to do with DNA, and more to do with gut bacteria? What if chronic health conditions like ADHD, asthma and peanut allergies could be mitigated with the right blend of probiotics? What if the answers to our collective health and behavioral woes are swimming in our guts, right now?

My pediatrician sends out a monthly newsletter with seasonal advice and timely scientific studies, and his recent email contained startling research on the “gut-brain connection.” In fact, the next frontier of pediatric medicine is most likely found in our babes’ bellies.

You may have seen a recent New York Times’ article circulating your Facebook feed about how intestinal microbiota affects our mood. The scientist in the Times piece, Mark Lyte, has been studying monkey feces to prove that “gut microbes communicate with the nervous system using some of the same neurochemicals that relay messages to the brain.”

The connection between the gut and the brain are undeniable.

They’ve already discovered that the micro-organisms in our gut produce mood-regulating chemicals like dopamine and serotonin, which not only play a role in intestinal disorders, but major depression and anxiety, too. And in another study this past May, researchers from Ohio State University studied microbes from the gastrointestinal tracts of toddlers—searching for clues about chronic illnesses like obesity and asthma—and surprisingly found a correlation between bacterial species and toddler behavior.

Of the 77 stool samples studied from toddlers between 18 and 27 months, scientists found “children with the most genetically diverse types of gut bacteria more frequently exhibited behaviors related with positive mood, curiosity, sociability and impulsivity. According to researchers, the correlation existed (particularly in boys) even after factoring breastfeeding, diet and child birth—all of which influence a child’s gut microbes.

Researchers across the board note how complex and new this research is. The gut and the brain do seem to be communicating, but which is starting the conversation? What does a healthy gut bacteria combination look like? And how directly is our temperament to blame on these microscopic bugs that inhabit us by the trillions?

While we’re far from curing the “terrible twos” with a good probiotic blend, science is giving hope to parents with more serious life-long issues like autism and ADHD.

In a recent study published in Nature, 75 infants were randomly given the probiotic strain lactobacillus rhamnosus or a placebo. Thirteen years later, 17.1 percent of the placebo group developed a neuropsychiatric disorder like ADHD or autism, and zero—as in ZERO—of those given the probiotic were diagnosed with one. It was a small study, yes, but Z-E-R-O. Researchers concluded that probiotic supplementation early on (specifically containing the lactobacillus rhamnosus strain, found in many brands of probiotics), just might reduce the risk of these disorders, specifically those on the Autism spectrum.

A study published in March showed an incredible correlation between that same probiotic strain and peanut allergies. In a placebo-controlled trial by The Royal Children’s Hospital in Melbourne, children between the ages of 1 and 10 years were given the probiotic (or a placebo) along with peanut oral immune therapy.

The result: 82 percent of those treated with the probiotic “achieved sustained unresponsiveness”—which is really just a knock-on-wood way of saying “cured.” In the placebo group, less than 4 percent had the same outcome.

Of course this was done under strict medical supervision—please don’t assume an over-the-counter probiotic will cure a deadly peanut allergy—but these statistics certainly provide hope. Even researchers studying childhood type 1 diabetes are seeing that the key to prevention and treatment is most likely found in gut bacteria. Yes, this science is new, but it’s also wide-ranging and extremely promising. The statistics are startling enough to say, why not give probiotics a try? What’s there to lose? 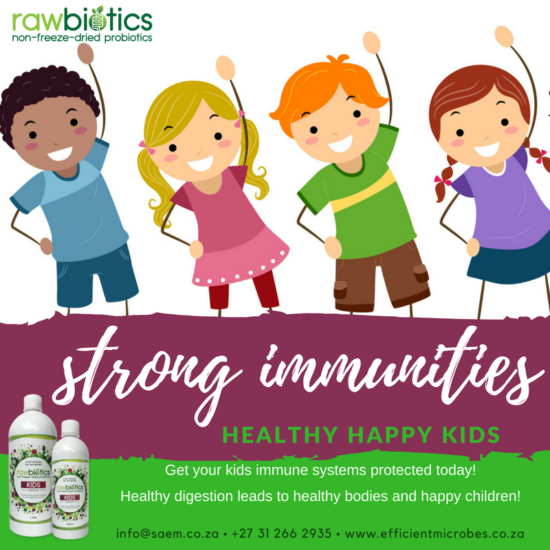 Click here to visit our product page for more information.